An Audience With
The British & Irish Lions 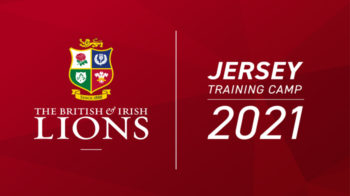 We’d like to say a MASSIVE thank you to everyone who attended An Audience with The British & Irish Lions charity fundraising dinner. We’re delighted to announce that an amazing £103,000 was raised! THANK YOU so much to everyone who supported the evening. The money raised will enable young people in Jersey who may not otherwise have the opportunity, to access sport at all levels.

£10,265 from the evening’s auction proceeds were presented to the Lions Charitable Trust, which exists to connect with, nurture and support all Lions players in need. Pictured below are Lions Conor Murray, Alun Wyn Jones and Warren Gatland Head Coach of The British & Irish Lions, with Phil Austin MBE Chairman of Jersey Sport presenting the cheque to Gavin Hastings OBE former rugby player and former Scotland and Lions Captain at the Lions open training session. 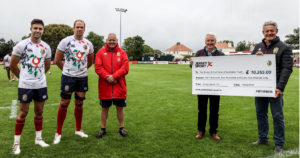 Photos from the evening, taken by Studio_M are now available to view and purchase! The money raised from the sale of all photos will be added the total fundraising amount, with thanks.

Jersey Sport are extremely proud to be hosting ‘An Audience with The British & Irish Lions’ Charity Gala Dinner on 15 June 2021, at the Royal Jersey Showground.

All proceeds from the dinner will be used by Jersey Sport to enable young people in Jersey, who may not otherwise have the opportunity, to access sport at all levels, to become the stars of the future, or simply to become more physically active.

In supporting us, by purchasing a table to the gala dinner, you will be helping to inspire a more active Jersey and will get to hear first-hand accounts from members of The British & Irish Lions – undoubtedly some of the world’s most celebrated sportsmen. We will also have a range of exclusive, limited edition British & Irish Lions merchandise up for auction to help us raise even more for charitable causes together, with 25% of the auction proceeds going towards the Lions Charitable Trust.

It is certainly an evening not to be missed!

With thanks to Santander International, Official Sponsor of The Castle Lager Lions Series South Africa 2021

They have recently opened the Santander Work Café in Jersey and have a branch in the Isle of Man, which provides island residents and international customers with a friendly, professional service for their banking needs.  In addition, they provide corporate banking, commercial banking and business banking to trading entities domiciled in, or managed from, the Channel Islands and Isle of Man.

ENTER THE COMMUNITY BALLOT FOR AN OPPORTUNITY TO WIN A TICKET!

*This ballot has now closed. Thank you to everyone who has entered. The winners will be notified.*

Don’t miss your chance to enter the community ballot for an opportunity to WIN a free ticket to ‘An Audience with The British & Irish Lions’ fundraising dinner on 15 June 2021!

We’ve got 20 tickets to give away to 20 lucky islanders, through support received from a generous Jersey resident.

Terms and Conditions apply, which can be found below. The ballot is open to residents of Jersey aged 18 years or over and will close at 12:00 noon on Monday 24 May 2021. Winners will be notified by email within 48 hours of the closing date of the ballot.

Lucky winners will get to hear first-hand accounts from members of The British & Irish Lions – undoubtedly some of the world’s most celebrated sportsmen and help us to inspire the next generation of island sports people at all levels, from grassroots to greatness!

Please read the Terms and Conditions of this community ballot below, which you are agreeing to by entering the ballot.

Please note: ballot entry is for the opportunity to win a ticket to An Audience with the British & Irish Lions and does not confirm entry to the event. 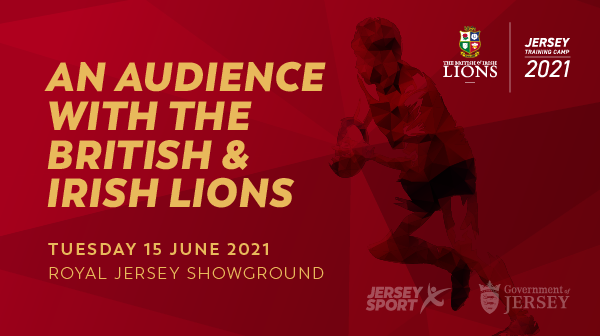 DAVID FLATMAN (‘FLATS’) has established himself as an accomplished event host and after dinner speaker. Since announcing his retirement from professional rugby in 2012, due to a career-ending injury, Flats is a favourite within the sport, corporate circuit and media industry for his quick wit and comic timing. 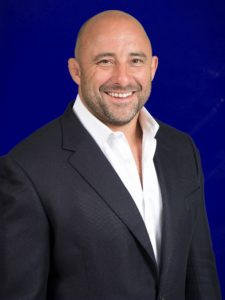 Since making his debut on TV back in 2005, Flats has gained increasing respect as a studio guest, co-commentator, presenter and journalist. Flats can often be seen on BT Sport as a studio guest or co-commentator for their Premiership and European Rugby coverage, as well as co-presenting Channel 5’s Gallagher Premiership Rugby highlights show every week with Mark Durden-Smith.

There are a limited number of Gold tables available, priced at £7,000 each, which include:

There are standard tables available, priced at £3,000 each, which include:

During the fundraising evening, there will also be a fun raffle, auction and silent auction, including some exclusive, limited edition British & Irish Lions merchandise. The proceeds will be going to Jersey Sport’s ‘Roar into Sport’ programme, enabling young people in the island, who may not otherwise have the opportunity, to access sport at all levels. 25% of the auction proceeds will be going towards the Lions Charitable Trust, which exists to connect with, nurture and support all Lions players in need.

Please get involved and book your table, to enable us to inspire the next generation of island sports people at all levels, from grassroots to greatness. 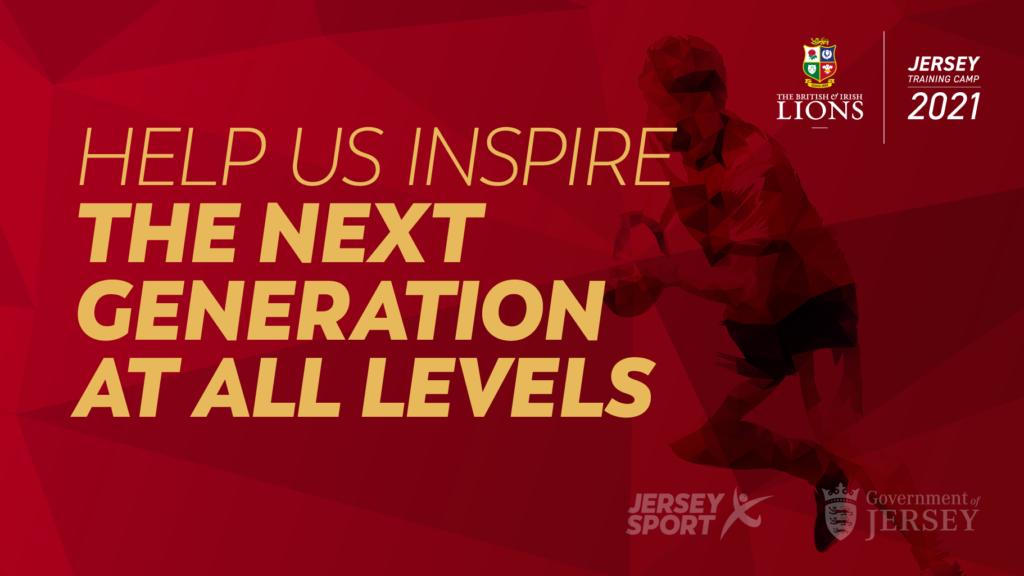 Please read the Terms and Conditions of booking, which you are agreeing to by purchasing a table to the event:

We’ve pulled together some frequently asked questions, which you may wish to read before attending the evening:

Thank you for your support.

Sport is a powerful tool in tackling many social issues and supporting young people to feel connected to their community.  In consultation with key partners, Jersey Sport will research, design, and develop a variety of sports and physical activity programmes to address specific needs or barriers.  The key to this will be co-design with the young people involved.  Bridging the gap from inactivity to active participation in a sports club will be one of the main aims of the programmes funded by Roar into Sport.