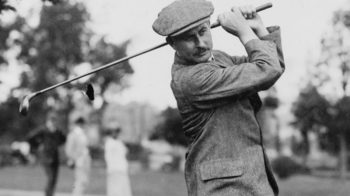 With one US Open to his win (1900) too, Vardon was golf’s first global superstar.

He developed the “Vardon Grip”, in which the little finger of the right hand is rested on top of the index finger of the left hand, the grip used by 90 percent of good players today.

Photo of Harry Vardon (above) with thanks to Bain News. The photo below shows Andrew Keites, treasurer of the Harry Vardon Trust, at the RaceNation Sport and Active Living Awards 2018, at which Harry Vardon was posthumously inducted into the Hall of Fame. 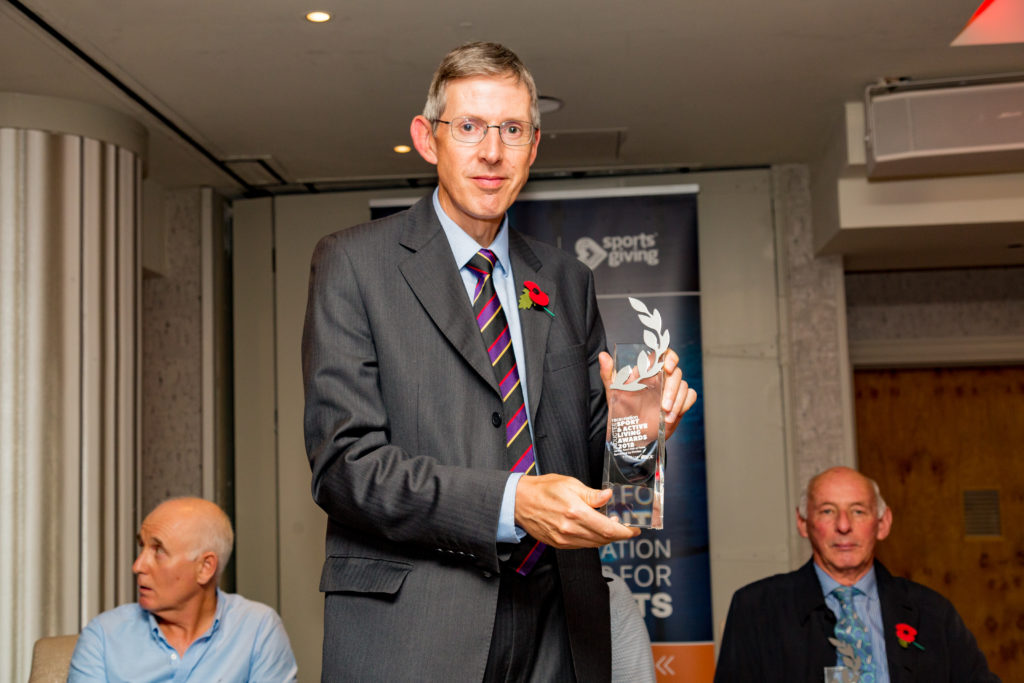