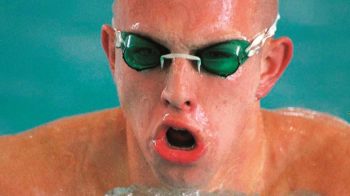 Simon Militis went to the Sydney Olympics in 2000, and at the time of writing (November 2018) remains the last islander to appear at an Olympics.

He went on to win Commonwealth bronze for England in the 200m backstroke at the Manchester Games in 2002, four years on from placing eighth in the same event in Malaysia (1998).

Amongst his other achievements, Militis became the first British male to go under 4:20.00 for the 400 IM, in a new British record at the time (April 2001).

He is a six times national champion.