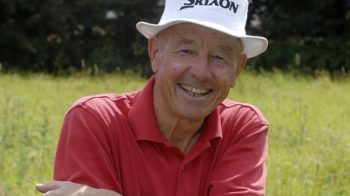 Tommy Horton was born on Merseyside but grew up in Jersey. He played on the European Tour for many years, having turned professional in 1957, and achieved great success as a senior, winning 23 times on the European Seniors Tour.

The two-time Ryder Cup player finished in tied fifth spot at the Open Championship of 1976.

He was awarded the MBE in 2000 for services to golf, and in 2012 he was awarded Honorary Life Membership of the European Tour for of his outstanding contribution to the game.

He died in December 2017 at the age of 76. Click here to read the European Tour’s obituary and see their tribute video below.