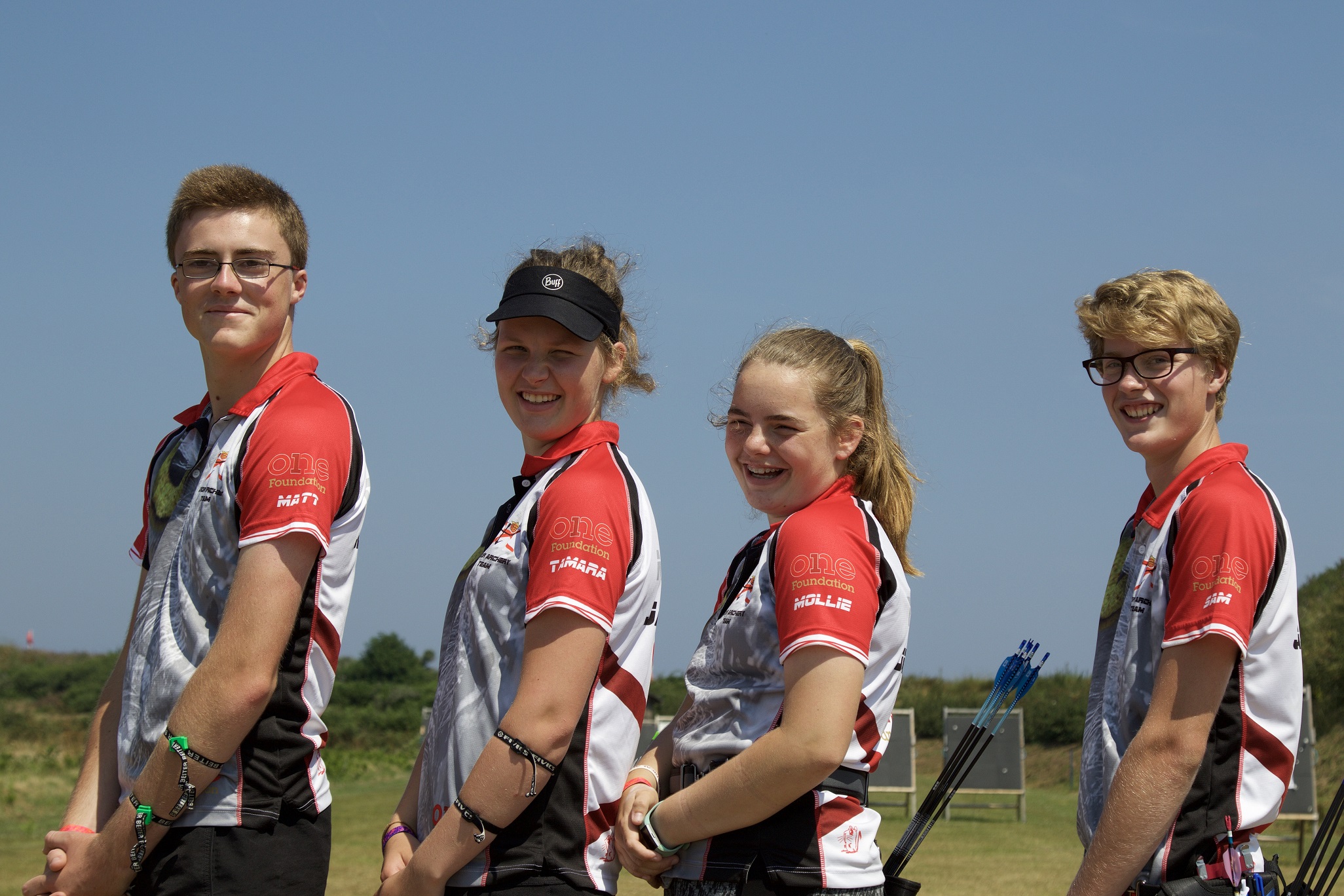 The Archery GB youth festival is in it’s fifth year and saw competitors from Ireland, Northern Ireland, Scotland, England, Wales, Jersey and the Netherlands. It is one of the largest junior competitions of the year with 175 athletes competing, including many Archery GB squad athletes.

It allows our juniors to shoot alongside the top talent in the country and gain experience. All the Jersey Archery Society juniors have had some excellent results both individually and as part of a team.

Sam Hamon had a very difficult first day which saw multiple equipment failures. Sam was able to come back from this and performed well during the remainder of the week and gained valuable experience of shooting in multiple one arrow shoot offs. Following a very tightly contested team match Sam’s team won the shoot off to take the Bronze in the team event.

Mollie Perrett, our youngest competitor and shooting her new distance of 60 metres this year, Mollie performed exceptionally well in the largest category. Also the youngest Jersey junior archer to have competed at the Euronations and a youth Commonwealth event partnering up with Matthew Cotillard they finished 6th in Euronations and 5th in Commonwealth youth event.

Matthew Cotillard performed exceptionally well throughout the week in his final year in the cadet category. Partnered up with Mollie for both the Euronations and Youth Commonwealth events and making a great team. Matthew placed 3rd in the individual youth Commonwealth event to take the bronze medal.

This is the first time any junior archers have competed at the Youth Commonwealth and demonstrated that Jersey has some very high calibre junior archers.

Tamara Mitchell in her final year at the youth festival shot well in the individual event.  Her team event was very difficult due to an equipment issue for one of the other team members. Tamara’s previous experience allowed her to remain calm and reassure the other team members. Making a comeback from 4-0 they tied the match to go to a shoot off which they won to secure their place in the final.

The finals match was a very close match and once again resulted in a tie and went to a shoot off, this was won by the opponents resulting in a silver medal for Tamara’s team.

All the Jersey Archery Society juniors had a fantastic week with everyone achieving excellent results and gaining experience competing at this high level.

During the week the juniors were also able to watch the final qualifying competitions for the Youth Olympics team. This featured four of Archery GB’s top Recurve Ladies at under 18 competing over the final two rounds for a single place to represent Great Britain in Argentina later this autumn. This up close viewing will have given our Juniors some valuable knowledge for the future and our coaches information on how to better prepare our archers before travelling away for competitions.

Thanks to the One Foundation and our Archery GB coaches Philippa Lowe and Harry Heeley for their on-going support and assistance in the lead up to this event. 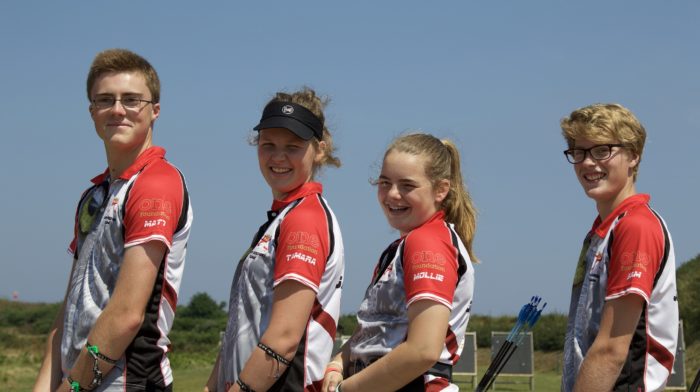