News
Commonwealth Games: Day Five update from the Jersey camp down under 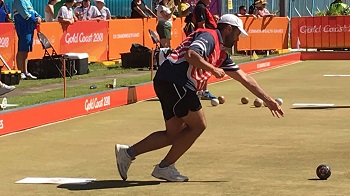 
More personal bests and island records were celebrated in the pool overnight, as Jersey’s swimming duo of Harry Shalamon and Gemma Atherley continued their excellent form.

Shalamon’s time of 2:06.29 in the 200m backstroke heat was followed by a heat win in the men’s 50m freestyle in 24.01 – both personal bests, but neither enough to make it through to the next stage.

Atherley won her 50m backstroke heat in 30.91, her FOURTH island record of the week, and will look to make it five in her final event tomorrow.

In the shooting, David Le Quesne and Barry Le Cheminant were in action in the Queen’s Prize Pars (finals day 1), registering 297-23v to lie in seventh spot.

Elsewhere, lawn bowler Malcolm de Sousa got his singles campaign off to a winning start with a 21-6 victory over Botswana’s John Gaborutwe.

In the pairs Rachel MacDonald and Chrissie Grimes were beaten 23-6 by South Africa. 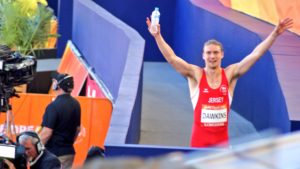 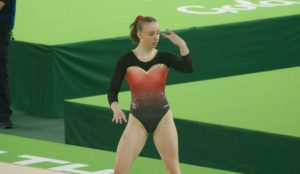 It was a weekend of firsts for Team Jersey as they made history in so many ways.

What a credit to Jersey – and you can hear in full from Harry Shalamon on 'Today at the Games' at 5pm.