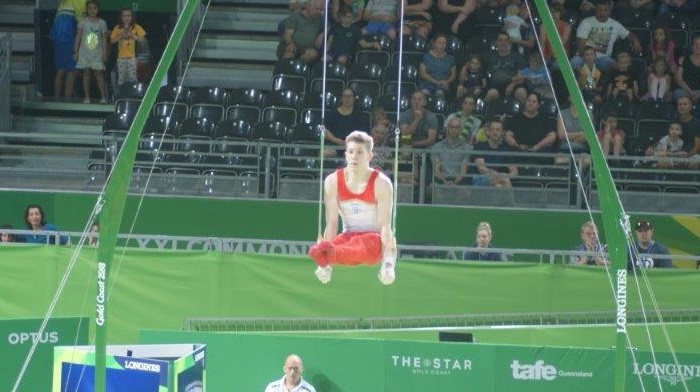 
Jersey’s leading sportsmen and women got off to a flying start, as the 2018 Commonwealth Games kicked off in Gold Coast, Australia overnight.

A handful of the island’s 33-strong squad were in action on the opening day of sport – already putting in some truly inspiring performances and breaking records. What a start…

We’ll have regular updates on their progress down under here on the Jersey Sport website throughout the Games, with handy re-caps of the results that you might have missed. 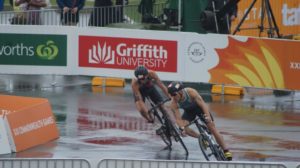 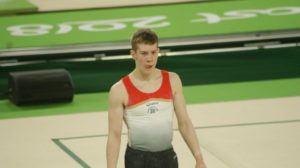 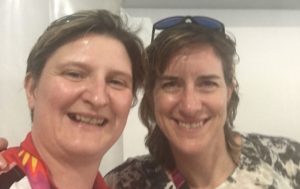 
The majority of the Jersey squad paraded at yesterday’s opening ceremony in front of a huge worldwide television audience, but triathlete Ollie Turner was not among them, instead preparing and relaxing ahead of his debut at this level.

In a field which included both the Brownlee brothers and South African Henri Schoeman (the gold medal winner), Turner finished in 26th spot at the age of just 19 – completing the 750m swim, 20k bike and 5k run in just over an hour.

Meanwhile, in swimming it was a sensational start for Jersey’s Harry Shalamon and Gemma Atherley. Shalamon broke the island record in the men’s 100m backstroke to book a spot in the semi-finals. His time of 56.41 seconds followed a stunning opening swim from Atherley, knocking three seconds off her personal best to finish 13th overall in the women’s 200m freestyle.

awesome start for #TeamJersey in the pool as well 🇯🇪

Australia will be tough to beat in most disciplines at the Games with their home advantage and huge passion for competitive sport, but they could not match Jersey’s men’s triples on the opening morning of the Lawn Bowls. Derek Boswell (lead), Malcolm de Sousa (second) and Ross Davis (skip) claimed a memorable 21-18 win against the hosts in their first group match, before going on to trounce the trio from Botswana 27-4.

It was a tougher set of results for Rachel MacDonald, who suffered defeats to Scotland’s Caroline Brown and Guernsey’s Lucy Beere.

Elsewhere, teenager Dan Lee made history by becoming Jersey’s first male Commonwealth Games gymnast in the early hours of this morning at the Coomera Indoor Sports Centre in Queensland.

Meanwhile, Jersey netball star Serena Guthrie was carried off injured as her England side beat rivals Scotland in their opening fixture.

This is a top captain!

England skipper Ama Agbeze carried Serena Guthrie off the court after she looked to have injured her ankle.

It’s fair to say the Jersey Sport CEO Catriona McAllister may well have been conflicted in that match, as she watched on from the stands – she’s Scottish!

Earlier in the day McAllister had met Dame Katherine Grainger, DBE, the chairperson of UK Sport and discussed ways of establishing pathways to Team GB for Jersey athletes.

The Commonwealth Games website has a Jersey-specific page, showing when the island’s competitors are due to be in action. Be warned… You could be in for some late nights!