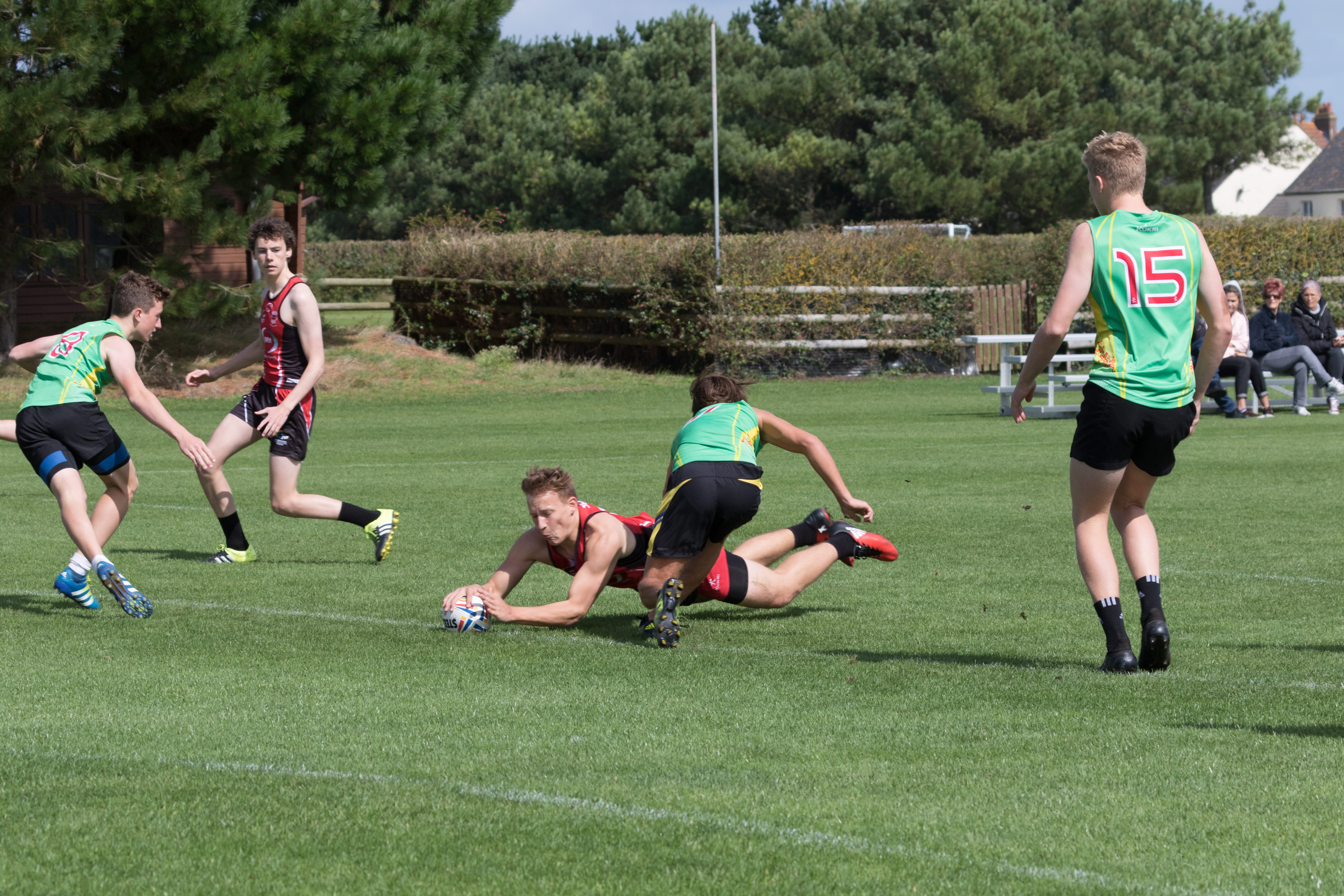 Rena explained: “Every year we have been playing open grades of Mixed Open, Men’s Open and Women’s Open. This year we added Under 18 Mixed and Men’s 40s to the categories and trialled these games within the Inter-Insular set up which made for a much larger event.”

The weather was touch and go (no pun intended!) for the day and the organisers were concerned about whether Guernsey were going to get over. Their flight was cancelled and they had to get a taxi to the harbour for the majority of the players to then come by ferry.  In the end the rain held off for most of the day, with the downpour occurring on the Men’s Open game.

In total 64 Jersey players competed over the 5 events with Jersey winning 3, drawing 1 and losing 1 game.

Mixed Under 18:  This was an exciting match with a drop off to finish, due to a draw at full time (7 -7). In the drop-off Jersey won with the final result 8 – 7 to Jersey

Mixed Open: 9 – 3 win to Jersey. A very convincing win with many of our experience and knowledge stacked into this team.