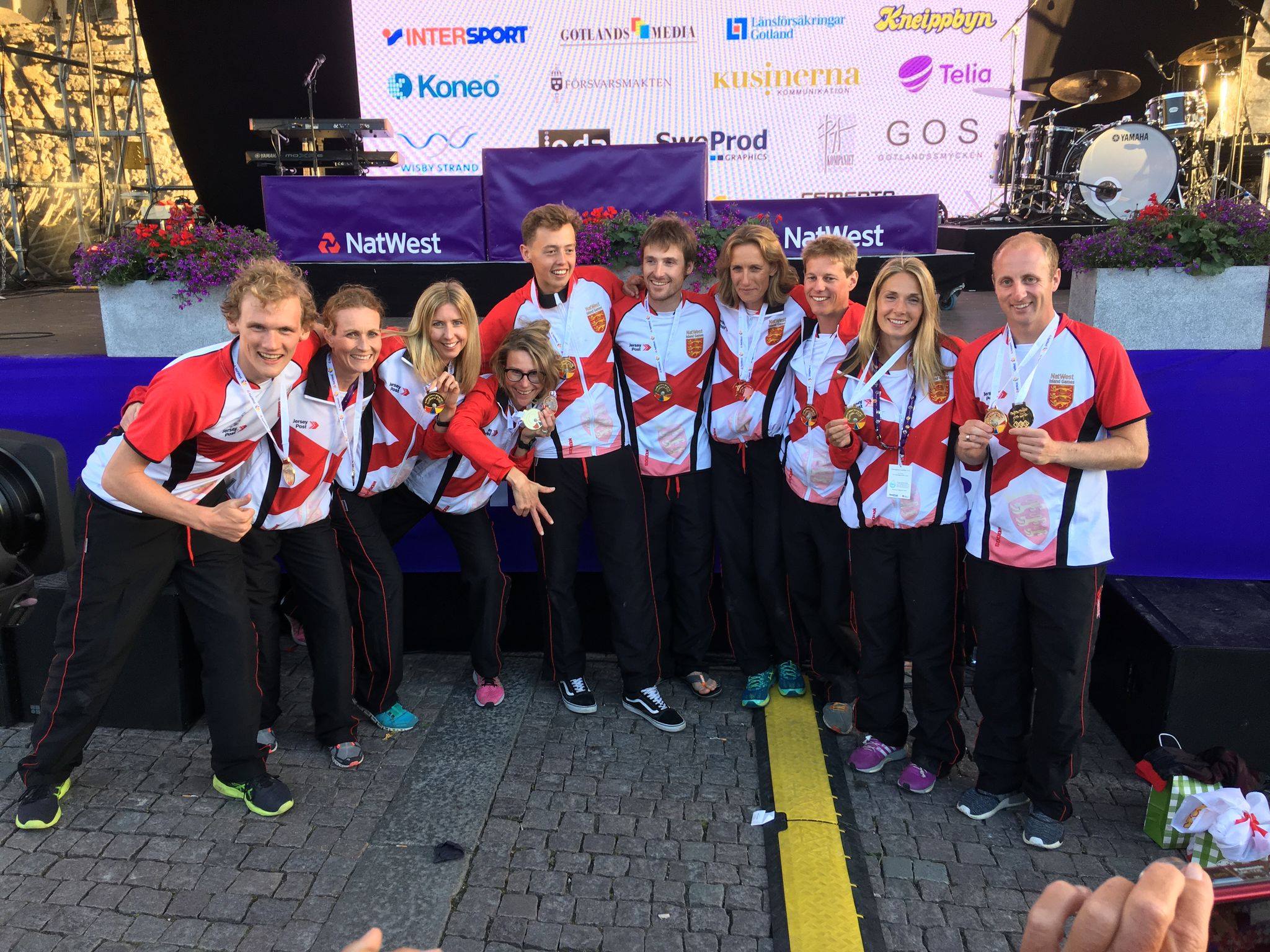 
Our CEO Catriona McAllister had a great week at the NatWest Island Games in Gotland recently. Catriona was invited to attend by Team Jersey and spent the week cycling around the island visiting as many events as she could.

Jersey took a team of 217 athletes to the Games, 34 sports officials and 20 management and medical staff.  For many it was their first games but for flag bearer David Turner, it was his 10 th , his first games being in 1999 back in Gotland.

Team Jersey chartered planes to get to the island which is in the Baltic Sea off the coast of Sweden. 70 Jersey spectators were on the planes too to cheer the team on (the biggest ever travelling contingent of Jersey fans) and 17 people from the media gave excellent coverage throughout the week. 6 VIPs, sponsors and States members also attended as the Games have become a great opportunity to network.

The core sponsor was again Jersey Post who generously sponsored the team and provided three vehicles and two drivers for the four-day road trip to Gotland carrying bikes and other equipment. Steve Jacobs, Island Games Association of Jersey Chairman, said: ”The two Jersey Post drivers, Toby Payne and Alex Romeril were an integral part of Team Jersey in Gotland. Toby delivered and collected both competitors and equipment in the minibus so our athletes weren’t waiting around for ages at bus stops and Alex became part of the cycle team ‘pit crew’ again transporting bikes tents and training gear miles out of town. Tim Brown, CEO of Jersey Post, also travelled with his family to support the team.”

The team finished 3 rd  in the medal table behind the Isle of Man and the Faroe Islands, winning a total of 85 medals: 29 gold, 21 silver and 35 bronze.

Jersey Sport was delighted to present a new award for the Young Athlete of the games. The award for 2017 went to gymnast Daniel Lee who won 5 gold medals and 1 bronze on the final day of the games.