Plans to create a skate park at Les Quennevais Sports Centre have the support of Islanders who responded to a Government consultation, the results of which have been published today (Wednesday, 22 January).

The proposed location for the permanent skate park has also been announced. It is in an area of Les Quennevais Sports Centre that will benefit from the proposed facility, is aligned with future plans, and is far from neighbouring residents.

The results of the consultation, held in July 2019, show that, of the 1,150 responses, 1,073 agreed or strongly agreed with the principle that Jersey should have a skate park. Survey respondents also supported the conclusion of a detailed assessment of site suitability that Les Quennevais Sports Centre is the most suitable site for a large facility by a proportion of approximately four to one.

Funding for the skate park has been approved in the Government Plan with additional financing from dividends from Jersey Development Company and a contribution from the Ports of Jersey. In addition to the main facility, which will be the hub for Jersey’s skating community, funding will be available for additional skate-friendly areas elsewhere in the Island.

The Assistant Minister for Economic Development, Tourism, Sport and Culture with delegated responsibility for sport, Senator Steve Pallett, said: “The overwhelmingly positive response to the public consultation, and the financial backing for the project, demonstrate that we have the support needed to create a permanent home for our skating community at Les Quennevais Sports Centre.

“While we now know that we have the support, we are still going to address the concerns that the consultation enabled people to raise. There will be assessments of how to minimise the risks of it creating additional noise, antisocial behaviour, and transport because we want to ensure that it will not unduly impact upon the surrounding environment. Those assessments will be undertaken as we take the next step and prepare the planning application, which we need to have granted in order to enable the construction to begin.
“Government has committed to improving islanders’ wellbeing both physically and mentally, and to putting children first. Part of this promise is to provide facilities that meet the needs of current and future generations. The new skate park project will diversify Jersey’s sports and leisure offering and encourage growth and involvement in modern, accessible, popular and growing urban sports.”

Jersey Skateparks Association spokesperson Daco Fernandes, said: “We have worked closely with Government throughout the process of selecting the location and feel that the planned site will provide the best overall experience for park users, and for the surrounding community. We are also excited about the idea of smaller skate-friendly areas complementing the larger project, and think that Jersey is well on the way to becoming a skate-friendly island, with the facilities that the skating community deserve.”

The consultation results have been published on gov.je/consultations.

For further information, and to arrange interviews with Senator Pallett and the association, please contact the press office on 01534 440430 or pressoffice@gov.je 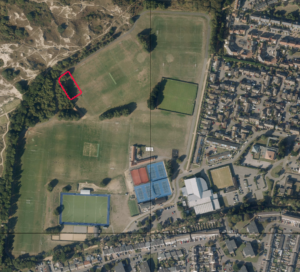