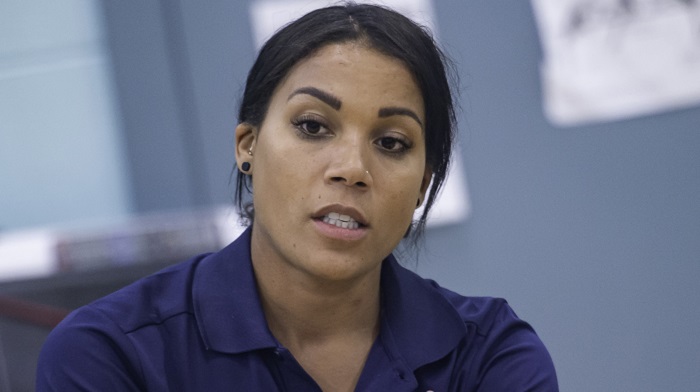 Three-time elite BMX world champion and two-time team sprint world champion Shanaze Reade is to be the guest of honour at a community event aimed at encouraging islanders to get on their bikes this summer.

Shanaze, who won her world BMX titles in 2007, 2008 and 2010 as well as team sprint titles in 2007 and 2008, is currently an ambassador for British Cycling and will be in Jersey for the HSBC Let’s Ride Jersey event on Sunday 19th August.

Part of a nationwide initiative, Let’s Ride Jersey is a fun, family-friendly celebration of cycling, designed to inspire more people to get out and about on their bikes.

The all-day event, which begins at 9:30am, will feature a number of leisurely ride-outs for all ages and abilities from the Let’s Ride Jersey hub at Les Jardins de la Mer to Bel Royal, whilst for the more competitive riders there will be a sprint challenge and a challenge for cycling clubs.

During the course of the day, Shanaze will be on hand to meet participants and offer cycling advice, whilst she will also join the ride outs and set target times for the sprint challenge. The following day, she will lead a training session with the Jersey Cycling Association Youth Academy (JCAYA).

Shanaze has enjoyed a hugely successful cycling career which began at the age of ten. She dominated the international BMX scene during her BMX career and also enjoyed success in the velodrome, winning five world championships across two different cycling disciplines. Having retired from the competitive side of sport last year, Shanaze now focuses on coaching and as an Ambassador for British Cycling provides input into their strategy to get more women and girls to take up cycling as either a sport or recreationally.

Commenting on her visit to Jersey, Shanaze said:“Events like this are a fantastic way to encourage people of all ages and abilities to enjoy cycling, whether it’s for fun in their spare time, for getting to and from work, or more competitively. Jersey offers such an amazing backdrop for cycling, and I’m really looking forward to coming over to hopefully inspire people to get back on the saddle.”

Tracy Garrad, CEO, HSBC Channel Islands and Isle of Man, added: “Shanaze is such a good role model. What she achieved during her competitive career was remarkable, and her ambassadorial role now with British Cycling strikes a real chord with HSBC’s focus to get more people on their bikes. We’re really fortunate that Shanaze is able to come over to be our guest of honour at our first ever Let’s Ride Jersey event and I’m sure she’ll be an inspiration for all those taking part.”

HSBC Let’s Ride Jersey is open to everyone and it’s free to come along and take part. Further information is available at www.letsride.co.uk/events/jersey where places for the ride outs and sprint challenge can be booked in advance.