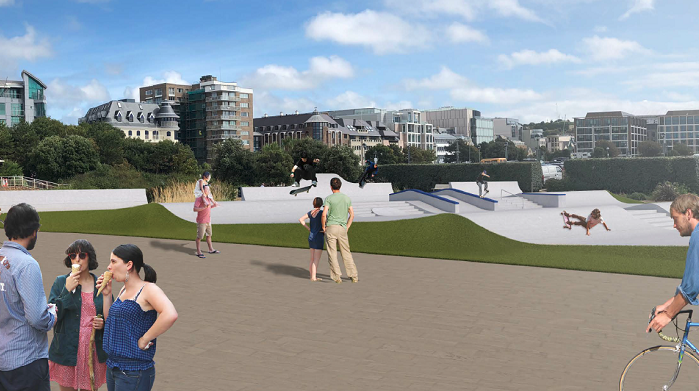 
Initial draft designs of how a new skatepark for Jersey could look have been published today to coincide with a 54-page report, commissioned by Jersey Sport, outlining the social case for building a new facility for the island.

Local youth clubs, skaters, parents, the general public, politicians, planners, the police and key senior figures such as the Children’s Commissioner and the Director of the Youth Service have all been consulted on the project throughout 2018.

“We’ve really reached out to get the views from across a wide variety of groups and sectors to help us present a strong case for a new facility,” said PMR’s Penny Lochhead. “The benefits of a new skatepark are clear; there’s a positive impact on mental health, there’s the physical health benefits, a potential reduction in anti-social behaviour or crime and an increased sense of community.

“When appraising the potential locations, we tested them against criteria such as accessibility, proximity to housing, visual impact and covenants. In particular the sites at Coronation Park and Les Jardins de la Mer scored highly, both giving the opportunity to attract a wide group of young people in the community into a dynamic and exciting sport.”

Glifberg-Lykke’s images, which include features suitable for beginners through to expert riders, have been released to give islanders and potential funders a clearer picture of how a new facility might look and what could be achieved. 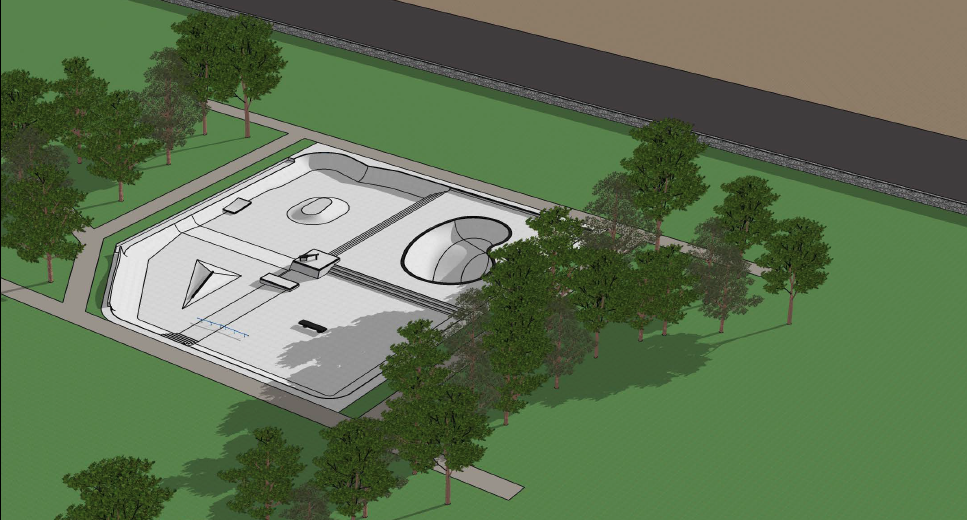 The sunken design for Coronation Park, which would also be suitable at Les Quennevais Sports Centre, is inspired by Jersey’s history, including a cannon bunker guarding the island’s flag among more than a dozen features. Meanwhile the images for Les Jardins de la Mer are clearly inspired by the waves surrounding Jersey’s coastline and feature an A-Frame Bank, Quarter Pipes and Hubba Ledges amongst others key sections.

Senator Steve Pallett, Assistant Minister for Economic Development, Tourism, Sport and Culture, said: “The current skatepark at New North Quay was always a stopgap, and this report is a step towards finding a more permanent home for skating. The next step is for the States to consider its findings and to scope out the work needed, particularly site selection and how its construction is funded.

“This report comes at a time when funding is required for many other island-wide projects, all of which will need to be considered and prioritised as part of a wider facilities review which is being prepared.”
The skate community is estimated to have over 500 regular riders in the island, with many more casual scooter riders.

“We now need the politicians to take this forward and make this a reality, as was promised in the run-up to the elections,” said Karl Payne, chairman of the Jersey Skateparks Association, which was created earlier this year partly to ensure skaters’ voices were heard in the discussions around a new facility.

“It’s vital that this is now prioritised by the States of Jersey and that a modern facility is promptly delivered. The existing site on New North Quay is needed for other purposes and will not be available for the community to use in the near future.

“The PMR report shows that we have widespread backing and support for a new skatepark. The report has brought together a compelling case for the ways in which it would promote a sense of unity, benefit mental and physical health, and help to support healthier choices and more active lifestyles. The facility will also encourage skills and development, creating a better performance pathway for those who want to ride competitively.

“With BMX already a firmly established Olympic event, and skateboarding set to be included in the Olympics for the first time at Tokyo 2020, this is the perfect opportunity for a new facility to give skatepark sports a huge boost in the island. The younger generation should have the opportunity to become tomorrow’s Olympians. Now is the time for Jersey to provide a skatepark facility that truly lives up to the highest standards and expectations that we – as an island – present to the wider world.”