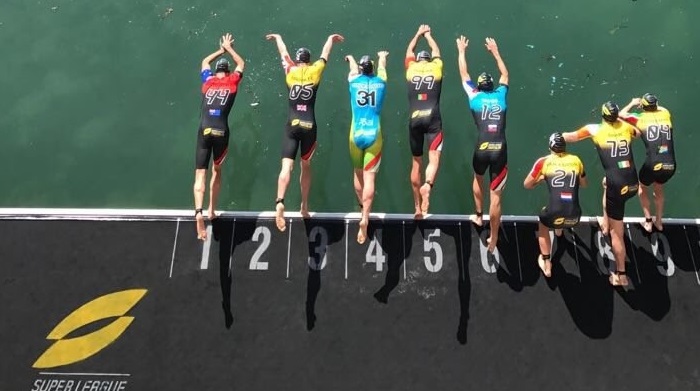 
Jersey Sport has welcomed the news that the Super League Triathlon is to return to the Waterfront later this year, after the States of Jersey signed a five-year contract to secure the hosting rights.

Thousands of spectators lined the route for the inaugural event in the island in September 2017, with television broadcasts of the event said to have reached 147 countries.

Jersey Sport CEO Catriona McAllister has called on the island, organisers and local sports officials to now use the event to raise the profile of local sport and inspire more islanders to take up physical activity.

“Super League gives an opportunity for Jersey to profile what it can do and how capable it is of staging world class events like this,” she told BBC Radio Jersey.

“I think one of the priorities is looking at how we tie the event much closer to our desire to inspire an active Jersey and I think we need to look at some of the events that go around the day itself and the programme of opportunities around about it for people to come and try different sports and each of the components of triathlon.

“We need to look at how we use having a world class event on home soil as an opportunity to profile local sport and how people can get involved in that.”

The States of Jersey also confirmed that plans for the Super League Triathlon will extend to the creation of a Jersey Sports and Entertainment Festival; a combination of sports and entertainment events to engage the entire community.

CONFIRMED: @SuperLeagueTri will return to Jersey in 2018. Five-year deal signed following the success of 2017 eventhttps://t.co/VSgj2LPqKs

“I genuinely believe there is a sport for everyone. One of the things I’ve been overwhelmed with in Jersey is the amounts of different sports to try, and promotion of that is something we need to do better, and what better way to do that than on the back of a world-class event like this,” added McAllister.

“Our remit is particularly around how we make sure that this is used to inspire activity in Jersey. Whilst I’m sure the figures economically will stack up in terms of the investment, we must make sure there is a social benefit to it to it as well.

“What we’ll be doing is trying to be a strong voice in there to say ‘this is great and we’re thrilled to have the event here’ but we must make sure that we use it and maximise all opportunities that come off of hosting a world-class event like this.”

Visit Jersey estimates over 2,000 visitors came to Jersey in September 2017 to watch.