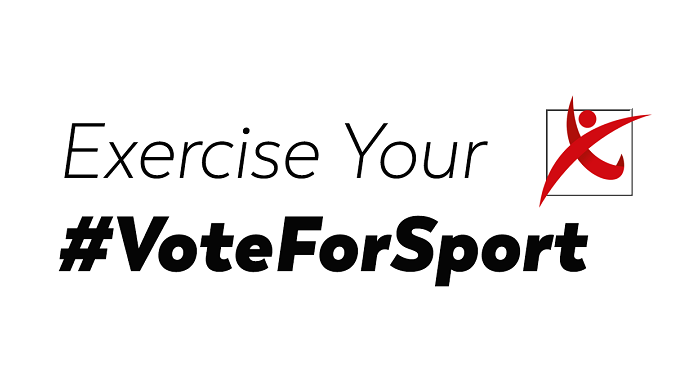 
Candidates standing in the upcoming election in Jersey are being urged to put sport and active living at the heart of their policies and decision-making, and to commit to investment in the area if successfully elected.

Jersey Sport, the independent not-for-profit organisation, is today launching its Vote For Sport and Active Living campaign which also calls on islanders to send a clear message to candidates in the build up to polling day.

“It is vital for the future of the island that encouraging and facilitating physical activity now becomes a key priority of the new government, and we hope islanders challenge candidates on this over the coming weeks,” said Phil Austin, chairman of the Jersey Sport board.

“It’s a ‘spend to save’ situation and attitudes to health need to shift quickly from reactive to preventative. With an ever-aging population and rising obesity levels, Jersey deserves a States assembly that is committed to investment in sport and active living. There needs to be a real focus on the island’s facilities and the policy that inspires more of us to lead more active lifestyles.” 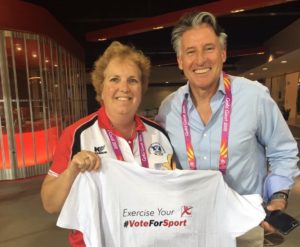 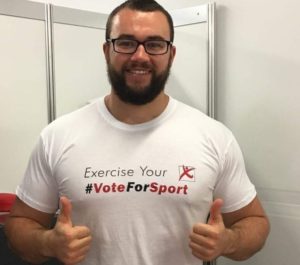 As of today, islanders can join the campaign by adding their name to the collective voice on the Jersey Sport website – jerseysport.je/voteforsport – to tell prospective politicians that they want active living to be prioritised by the new assembly.

Local organisations such mental health charity Mind Jersey and the Commonwealth Games Association of Jersey have already given their support, while Lord Sebastian Coe and a string of Jersey sports stars have posed in or with #VoteForSport T-Shirts.

“Addressing the increased prevalence of loneliness and isolation is also important and taking part in communal activities, especially if they promote fitness, can be of great benefit. Jersey has a great environment and there is real potential to harness this in encouraging people to get active and get involved.”

Candidates will next week be asked to sign a Pledge Board, committing to, if elected, support investment in sport and active living. Jersey Sport will then list on its website those candidates who have signed.

“Physical activity should be a pillar of modern society,” added Dr. Adam Garnett, who works with many of the island’s top sportsmen and women.

#VoteForSport banners are being put up around the island, while Jersey Sport staff will also be out in force collecting signatures at upcoming events such as the Boat Show, the Lifestyle Show and key sports fixtures.

“We fully support this push to make sure sport and physical activity is in the spotlight in the build up to polling day,” added Commonwealth Games Association of Jersey president Paul du Feu.

“We need Jersey to have a well-structured and planned government-backed sports programme in order for the island to produce elite performance athletes. This in turn will be good for everyone.”

Add your name to the campaign here