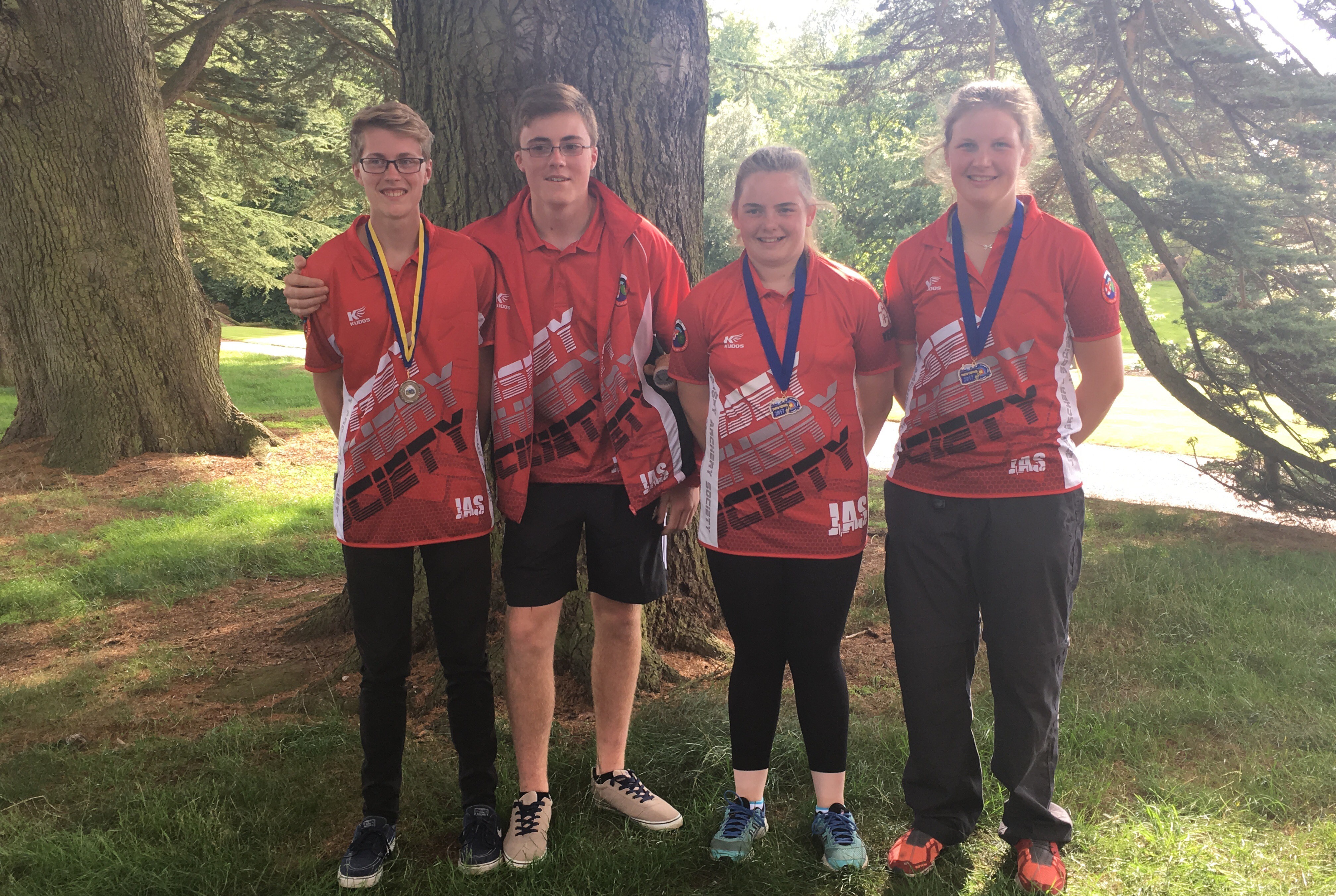 The quality of Archery at the Festival was extremely high and members of the Archery GB Olympic program were taking a close interest in many of the young people during the week.

The archers shoot 70, 60 or 50m depending on age category and scoring is a set-based system with 2 points awarded for a win and 1 for a draw. The first to 6 points wins the set.

The week started on Monday with practice followed by a 72 arrow qualification round where all four Jersey archers scored either personal or season bests.

Tuesday saw the start of the individual elimination rounds for Tamara, Matthew and Sam with Mollie shooting a round-robin format to give experience of head-to-head competition. Matthew had a bye in the first round but was unable to progress beyond the 1/16th losing 0-6. Sam Hamon was knocked out in the 1/32 round going down with a fight 4-6. Tamara had a frustrating day, having waited all day for her category to start she finally got to shoot but her opponent was sick and unable to continue, therefore Tamara had to shoot the matches but continued into the next round.

Wednesday started with the mixed pair event which saw all four Jersey Archers go out early despite shooting great scores. On Wednesday afternoon the individual matches continued and Tamara shot brilliantly to knock out the top seed 6-4 in the quarter finals. Now really fired up she went on to secure a place in Saturday’s Gold medal match knocking out the fifth seed in straight sets.

On Thursday all four started the team round. This saw teams of three go head-to-head and just like the individual round scoring was based on sets. Matthew, Sam and Tamara’s teams all went out in the first round. Mollie faired much better with her team winning 6-0 to go through to the Gold medal match on Friday.

Friday was team finals day and this saw Mollie Perrett in the Cub team with Penny Healey and Harry Wright. The team all shot extremely well and knocked out the top seeds and took the match in three sets (6-0) outscoring their opponents comfortably in each set.

Saturday was individual finals day. With Tamara Mitchell in the Gold medal match at the end of the day, she had to keep her nerves under control which she did fantastically winning in straight sets. Tamara knocked out all the GB archers on her way to or in the finals.

All four Jersey archers have gained valuable competition experience, made new friends and far exceeded expectations whilst putting Jersey on the Archery map.

Thanks to One Foundation for their support and to Jersey Archery Society coaches Harry Healey and Philippa Lowe for the  coaching and encouragement both before and during the event.